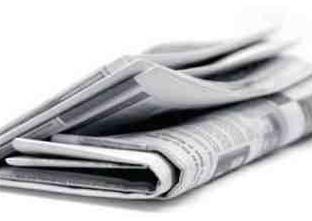 By Calum Liddle and Myles Edwards

Children in Scotland are not

prepared for the economic shift

to the environmental sector,

according to industry leaders.

The chief operating officer of

which owns and operates a

Gordon MacDougall criticised the current educational approach adopted by the government, and called for "a more joined up approach to education" so that children "can take advantage of career opportunities in our sector".

He said: "This is a critical issue considering the scale of development needed to meet the 2020 targets and beyond.

"The expansion of the renewable energy sector offers significant employment opportunities. However, the industry faces a current and worsening skills shortage in Scotland."

In the current Higher and Standard Grade system, environmental studies including climate change, ecology and renewable technologies are divided in the curriculum between geography, modern studies and biology.

Managing Environmental Resources (MER), a stand-alone subject available in Scotland from Access level through to Higher, was studied by just 126 students last year and is not widely available.

Derek Douglas, of the Scottish Qualifications Authority said: "The environment, in the broadest sense, is already a significant area of study in primary and secondary schools throughout Scotland so it's certainly not being neglected.

"MER draws on aspects of geography, chemistry, physics, biology, modern studies and personal and social education (PSE). It is designed to provide candidates with a broad-based scientific education, develop skills of observation, recording, communication and analysis, foster positive attitudes towards caring for the use of earth resources and develop awareness of the natural environment."

MER is also one of the science subjects which students can choose to study as part of the new Scottish Baccalaureate in science qualification with first awards due in 2010.

The news comes just days after Scottish & Southern Energy - the UK’s biggest producer of renewable electricity – announced it is to build a £20m European green energy headquarters in Glasgow.

A Scottish Government spokesman said: "With our climate change legislation in place – the most ambitious and far reaching in the world – we are focused on making Scotland a global player in renewable and low carbon technology.

"Scotland is already well recognised as having a wide range of skills and expertise in our universities, our research centres and in our energy companies."

The government maintained Scotland was "by far ahead of the UK" with the formation of a Renewable Energy Skills Group for the burgeoning renewables industry.

The spokesman continued: "Our Renewables Action Plan, includes a Framework for Action on skills to ensure we maintain a world class skills base in a rapidly changing technological environment.

"The Action Plan will be updated every six months to take account of the latest developments. That is the way we will stimulate a leading renewables industry and play our part in tackling climate change."

By Calum Liddle
Published in the Scotland on Sunday

HOLIDAYMAKERS are being warned to behave after a court case in Greece in which a local woman was accused of setting fire to a British tourist after he allegedly groped her in a bar.

An ABTA spokeswoman said: "We are putting together a letter, outlining advice which will be distributed to holidaymakers in particular resorts stating that they must appreciate local customs and law – otherwise they will face arrest."

The Greek woman, a 26-year-old student, said she poured the sambuca – a highly flammable drink – over Stuart Feltham, 23, from Swindon, Wiltshire, after he pulled his trousers down in front of other women and made inappropriate advances towards her.

In court, her lawyer said: "He fondled my client's breasts and buttocks and she poured her drink over him and left."

An ABTA spokeswomen said: "We are in the holiday business and we want people to have a good time but we don't condone this kind of behaviour. We want to encourage people to have responsible holidays. We know we have a part to play."

Officials on the Greek islands of Zakynthos and Crete are seeking to curb inappropriate behaviour by British tourists, while the British Ambassador to Greece, Simon Gass, visits local authorities to discuss the problem.

During his visit to Zakynthos, Gass said: "If you have a resort in which there are very large numbers of bars selling very, very cheap and often low quality alcohol in very large quantities you can't be that surprised when you get an awful lot of people who end up drunk."

The proportion of black officers in the nation's police forces tumbled last year amid one of the biggest recruitment campaigns in history.

Some senior officers now believe that would-be ethnic minority recruits are being put off joining up by stories of racism in the ranks and claims of "robust" policing of Muslims following the Glasgow Airport bombing.

Forces aspire to have roughly the same demographic make-up of the communities which they police. Just over 2 per cent of Scots are of a black or other minority ethnic (BME) background. No Scottish force, however, has managed to get close to that figure.

Strathclyde Police, the nation's biggest, yesterday admitted just 1.28 per cent of its officers were BME as of 31 March, 2009. That is down from 1.74 per cent a year before. The overall number of such officers fell from 129 to 102.

The vast majority of new recruits funded under the SNP government's drive to boost police numbers by 1,000 over the period of the current parliament have been white.

Insiders said the new recruits had "diluted" the police forces, making them whiter than for some years.

A spokeswoman for SemperScotland, the body that represents black and minority ethnic officers, said at least two of the recent passing-out parades from the national police college had contained no black or minority ethnic recruits.

The low recruitment figures come after complaints, especially from Muslims, about policing in the aftermath of the Glasgow Airport bombings. Pakistani and Afghan groups have protested over the way they are questioned at airports, with Special Branch officers regularly quizzing Asian-looking passengers about their views on Islam and terrorism.

Another insider said: "I blame the Secret Policeman show, the BBC investigation. They exposed locker-room racism and that has made it far harder to convince some people that things have changed, but they have."

"The Scottish police service has never had targets for the number of BME recruits it gets. Perhaps the time has come for some long-term aspirations for this? We now have a concerted effort to use Muslim officers, for example, under the Prevent part of the anti-terror strategy."

Minority officers, however, have struggled to reach high positions in the police in Scotland. Strathclyde, for example, last year promoted just one officer who was officially listed as BME, accounting for just 0.69 per cent of all promotions. High-profile black senior officers tend to have been transferred to England, Akbar said.

Seven out of Scotland's eight forces were able to say how many black officers they had, bringing a total of 184.

There are just two in Northern, representing 0.29 per cent of the total. The highest figure was Lothian and Borders, which had 43, 1.43 per cent of its total number. Tayside, meanwhile, doubled its BME contingent from seven in 2007 to 15 this year. That still, however, represents just 1.24 per cent of its officers. Central had five black officers, Grampian four and Fife 13. Dumfries and Galloway was unable to provide figures.

Strathclyde Police yesterday said moves by some officers to reclassify their ethnicity in a recent questionnaire may have contributed to the drop. Police forces have become obsessed with the background of their officers in recent years as they try to ensure they represent their communities closely.

Some officers have become tired of regular questionnaires. In Strathclyde, eight, in what is believed to be a sign of protest, officially had themselves recorded as Jedis. The force yesterday stressed that nearly one in 20 had failed to fill in questionnaires on ethnicity.

Councillor Paul Rooney, convener of Strathclyde Police Authority, said: "It is clear that there remains work to be done around recruiting and retaining officers and staff from our minority communities."

Assistant Chief Constable Caroline Scott, the general secretary of the Association of Chief Constables in Scotland, yesterday said: "We have commissioned a short-term working group to look at how we can increase recruitment from all underrepresented groups."
Home
News
News
Feature
Comment
Archives
Print 2009
Print 2008
Services
About
Contact